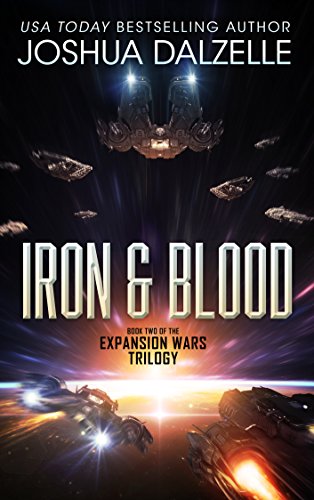 about this book: When a frontier world is invaded by an enigmatic alien species with unclear objectives the fledgling United Terran Federation is rocked back on its heels.

Their fleet, still in tatters from the Phage War, is struggling to break the blockade to reinforce the planet and they've become desperate. They pull legendary starship captain and war hero Jackson Wolfe out of retirement and put him in command of a ship loaded with material and Marines vital to the effort of retaking the planet. The odds are long, but he's the only hope the colonists have.

This book is a continuation of the Black Fleet Saga, the first trilogy of which covered the Phage War and now with the second trilogy, The Expansion Wars, humanity has run into another hostile species at the most inopportune time.

For book two I decided to pull back in scale a bit. If every book is on such a grand scale and every fight is for the survival of the entire species I feel like the story begins to lose perspective. For Iron & Blood I wanted to focus on the fight for a single planet and have the entire book revolve around that single struggle. One of the challenges when writing this type of sci-fi is that things happen on such a large scale that maintaining a semblance of realism can be a struggle. I feel this approach helps with that as a single man isn't burdened with trying to save the entire galaxy.