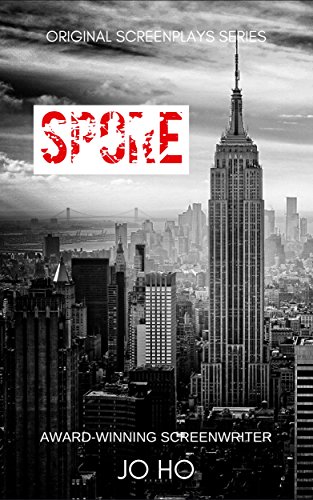 about this book: I've been writing screenplays and television scripts for over a decade now and have worked with some of the most acclaimed producers in the world, but most of you won't have heard of me - even though I did create a kick-ass action fantasy television show for BBC Children's channel called SPIRIT WARRIORS - as my projects have been either too risky or expensive to make, or stuck in development hell, or starred a female (heaven forbid) or a million other reasons.

So, I've decided to do something radical.

I've decided, rather than let my work sit on the shelf, I will publish what I can so you, dear readers, can enjoy my stories, learn about screenwriting if that interests you, and I can pay some bills too since I'm a cat mother-of-three.

As you read this screenplay, know that I was aiming for this to be a movie in a style and tone similar to the original Independence Day, so fun and tongue-in-cheek.

If you enjoy this, drop me a line and let me know and I'll publish more of my screenplays :)