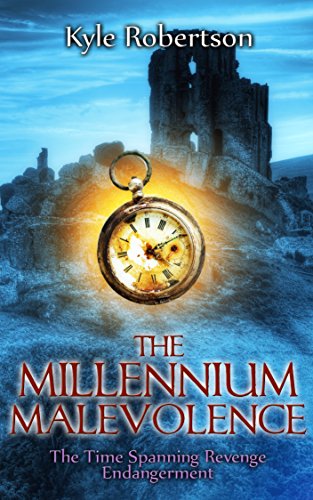 about this book: Back in the Renaissance, there was a calamity to change an unwitting female in the 24th century

An immortal, Gavis, was accosted by a Ktaldiek (TAL-deek) Protestor just for his abhorrence of perpetual existence. He was confronted with his eternal mate by the defenders.

Chorlisr, the protector, used witchcraft to hinder him, but inadvertently missed Gavis, and killed his mate. After Gavis vowed obliteration of Chorlisr's life, the Protector used the summon oince more to kill Gavis. The immortal ran, but was scantly affected by the dastardly spell, but would essentially cease to exist if it weren't for the help of a dark warlock.

The one caveat of the cure was a thousand year sleep. He wouldn't get his revenge on Chorlisr, but when he awoke, he would wipe out Chorlisr's future blood-line rder to destroy a malevolent I,ortal by annihilating every descendant of his.

In the 24th century. Adama Aruna was his final descendant, and was targeted for obliteration a thousand years before she was born.

This is a thrilling adventure of how Adama evaded Gavis, and had to learn witchcraft. Find out the entire story in The Millennium Malevolence: The Time Spanning Revenge Endangerment (All Four Complete Parts).