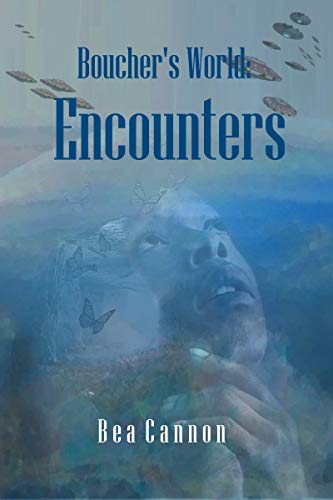 about this book: In this final book of the Boucher's World trilogy, the humans and Elvwists of that world have undergone a transformation and finally learned the truth of their existence, why they were confined inside a dome for two thousand years.

They are beginning to come to terms with the changes incurred with the transformation and are getting a grip on their redefined place within the universe. They have learned that ships from the human home world of Earth are heading their way and are bringing thirty thousand immigrants to their planet.

These are people who don't know or care that the planet is already occupied, who aren't psychic and don't believe in such abilities. People who have been mandated by the government of Earth to take the planet no matter what.

In the middle of greeting the Earthers and getting them used to the fact that Boucher's World will never be ruled by Earth, to compound their challenges, the people of Boucher's World learn that a ship from the home world of the Elvwist is also bound for their planet.

The ruling council has many decisions to make and when an expedition is sent to Earth to handle a problem involving invaders, will they be able to cut a deal with the High Supreme Ruler of Earth?