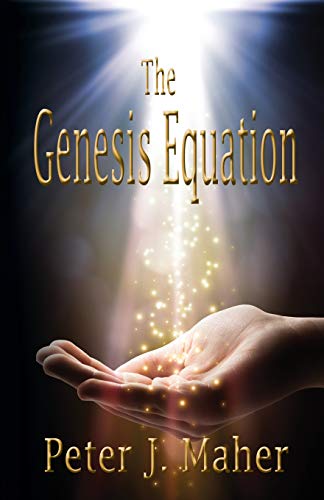 about this book: The Genesis Equation is the seventh and final book in my science fiction series. It is the culmination of an epoch-spanning saga depicting the evolution of the human race towards their eventual transcendence into a higher life-form. What began as a simple

the transformation of humanity into a new species. Each book in the series became a footstep towards the next adventure set within a highly detailed universe. In order to add depth to the society depicted within the series I created complex religions, philosophies and artistic and architectural achievements. My stories were set against a backdrop of a developing empire carefully nurtured towards its final destiny my one unique individual. His journey is one of love, war and personal betrayal culminating in the Genesis Equation. I wanted to end the series with a revelation that might explain the mystery of the ongoing narrative. To this end I incorporated the story of creation as depicted in the Bible to add a familiar background to the final revelation.

By doing this I was able to not only answer many questions posed by the first six books but to create one final mystery which allows the reader to consider the possibility that what has always been considered esoteric might actually be scientific fact.

Amazon Review Extract:
• 'This is by far the most philosophical novel in the series and certainly the most character-driven. The reader is kept guessing right to the end.'