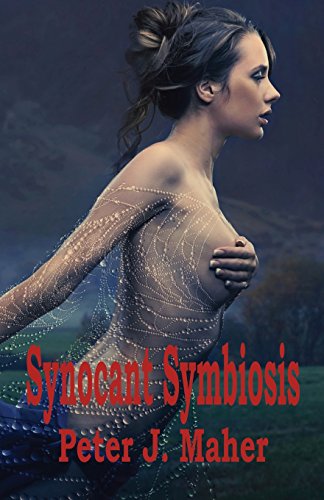 about this book: Synocant Symbiosis is the fifth book in my science fiction series. I wanted it to be the catalyst which connects the earlier books to the books I had planed to complete the series. Of all my books this one was the easiest to write simply because it was a bridge between the earlier books and the later books. In this book I could finally set the stage for the unification of the galaxy under one imperial family. It was also probably the most violent and the most emotionally powerful of my books. I was not only pleased with the dramatic and bloody battle descriptions, but also with the more intimate moments where my characters were allowed to reveal depth and sincerity. As a precursor to everything that came later in the series Synocant Symbiosis fulfilled its purpose perfectly.

Amazon Review:
• 'A welcome return to the world of the Coalition, this 5th book in the series shows Pete Maher's writing skills improving yet again.'