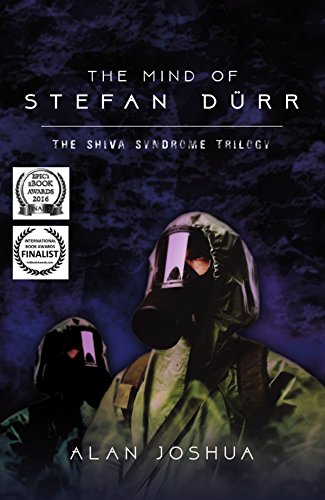 about this book: A mind research experiment studying human consciousness goes horrifyingly wrong. Thousands are killed when a Russian suburb is mysteriously destroyed, leaving a mile-deep crater in its place. At the same time, a U.S. space shuttle vaporizes in orbit, and a Canadian mountaintop is ripped away.

One thing lies behind it all: The mind of Stefan Dürr.

Existence is dreary hell for Dr. Beau Walker. An embittered loner, he sleepwalks through life until the government virtually kidnaps him, hurling him into an incredibly menacing adventure beyond his wildest imaginings.

Coerced into joining a U.S./Russian scientific team, Beau searches for the cause of the disasters. Beginning with a treacherous, life-threatening exploration of the anomalous crater, where scientific laws don't seem to apply, he's thrown into a world of unimaginable advanced biotechnology, biowarfare, genetics, paranormal research, and military intrigue.

The stakes are inconceivably high: Find and control the cause...or face worldwide annihilation.

• "Having the right amount of adventure and romance, this crisscrossing genre tale isn't just a good read, but may also look great on a big screen." — Portland Book Review

• "…the book mixes uncommon palettes and manages a masterpiece with it. It is a surprising, suspenseful, and utterly superb read from start to end." — Self-Publishing Review

• "…highly recommended, indeed; especially for thriller and sci-fi readers who have become deluged with too much predictability and who seek cutting-edge action, believable protagonists, and action that is solidly intense throughout." — Midwest Book Review