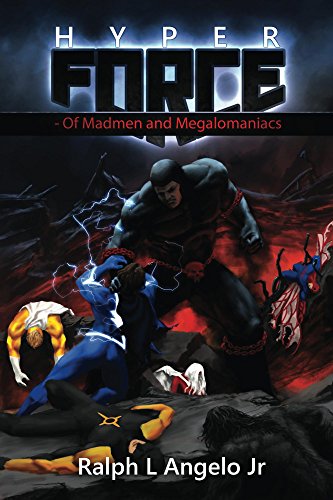 about this book: Captain Power, Solaron, Dragonfly, Creature, Silver Shadow and Stryker have been together as Hyperforce for just under a year. In that time they've faced threats from the center of the earth as well as a far away galaxy. But they've always been able to out think and out fight any foe that has come their way.

But that may be about to change as not one, but two mysterious foes have put their bulls eyes on Hyperforce's collective backs. Join the superteam supreme as they battle a terrible new,and immortal, enemy who considers them a threat to his long term plans. Will Hyperforce be able to stand against him and survive?

New enemies abound, even one from beneath the surface of the sea!

And what about the traitor hidden within their ranks? will he be discovered in time?

If you like superhero movies or comic books, this is the novel for YOU! Pick up your copy TODAY!