about this book: Ian's Gang is a science fiction series that follows the adventures of a group of important alien teenagers who come to Earth to introduce our world to its true place in the galaxy and become involved in adventures that range from exciting to absurd to downright terrifying! This book includes the first six stories in the series (which are also available separately) - "The Bad Ian", "Monster", "I, Spy", "On Satan's Bloody Claw", "The Orius Project" and "The Wedding". The series is aimed at older teenagers and young adults, or indeed anyone who enjoys science fiction, adventure, humour and horror. I have been writing the series for a couple of decades now, which means that there are plenty more adventures to come and the series has become a real epic in the process. The first "Ian's Gang" anthology book is a fun way to be introduced to the characters and storylines of this fun, exciting, scary and dramatic new sci-fi series. It's going to be quite a ride! 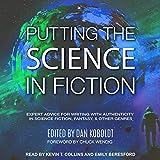