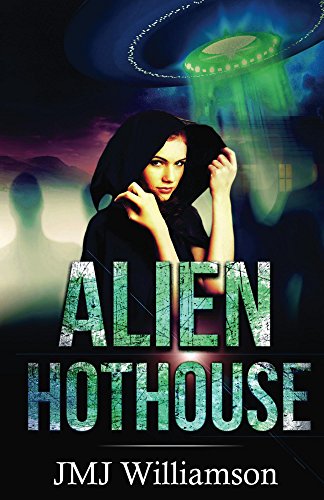 about this book: Josie Carpenter is an unmarried mother with a sixteen-year-old daughter, trying to run a small country Spa hotel in a sleepy village in North Yorkshire.  Josie has a secret: her best friend is an alien from the Orion Nebula.  In fact, she has twelve alien friends living secretly on a hydroponic farm on her neighbour's property after they marooned there three years ago.  Only josie and her neighbour know their identitiy. To the outside world, they just look like your average hippy types: a bit strange, but harmless.

Our story starts in the period following her neighbour's untimely death. Oliver Saunders, her neighbours nephew, has inherited the farm, and is about to arrive at the village. All Oliver wants to do is sell the farm and return to London to resume his investment banking career, which he lost in the 2008 credit crunch.

How is Josie going to keep her friend's origin secret, and how is she going to deal with Oliver who she hasn't seen since her school days?  And what's going to happen when the alien rescuers finally arrive?

This is not your usual alien invasion story.