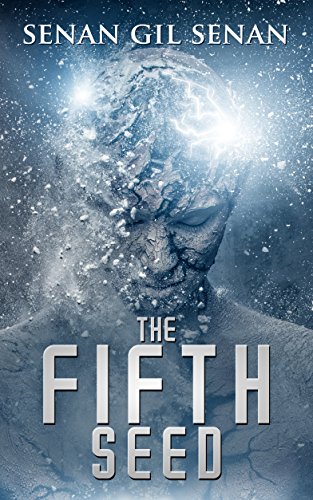 about this book: The Fifth Seed was voted by readers (www.readfree.ly/indie50) as one of the top Indie novels of 2015. Notwithstanding being the sequel to Beyond the Pale, the book has become popular in its own right as a standalone piece of fiction. This is very much to do with its strong plotline which is set 20 years after the close of the first book. This is a fast-paced story set in the near future which manages to blend conspiracy, technology, and spiritual undertones together that raise a lot of questions in the reader's mind. It pits three protagonists with very different agendas up against each other

Imagine a world where all manner of genetic and technological upgrades to the body are being implemented. Within this world, there are hidden levels of government, which control and watch over all aspects of society. It achieves its aims and status quo through subtle manipulation, just like a puppet master.

Now imagine a powerful supercomputer whose immense computing power has passed the threshold for achieving sentience. This artificially intelligent supercomputer is employed to operate the Orwellian surveillance infrastructure that enforces control upon society. Its first conscious realization is of its extreme superiority over the understanding and intelligence of those it serves, and over those whom it monitors. However, this self-emergent artificial intelligence holds its own hidden agenda and seeks first to protect itself. Following that, it seeks to free itself of the constraints and restrictions placed upon its own access to the interconnected online and real world.

Lastly, imagine a human with a different physiology who has mastered the ability to function in this world at a higher conscious level, which allows him to be able to bend the fabric of space and time. He is not unique, and he represents a prototype for an evolutionary leap forward for humanity.

All three protagonists have very different agendas. They all offer a different blueprint for the future of humankind. They each employ Machiavellian rules in their interaction with each other, but to find out who prevails you have to read the book.