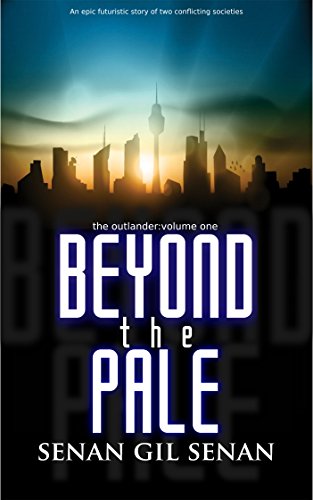 Book: BEYOND THE PALE by Senan Gil Senan

about this book: This book and its sequel, the Fifth Seed, transport the reader to live in the super-citadel of New Denver in the year 2062. Much has changed in the world and in the prior 50 years, nation states have disintegrated and been replaced by city-states.

An strong plot which is an odyssey, which encompasses adventure and a passionate love affair paint a vivid picture of what life is like in one such city from the viewpoint of different characters. They show a society that showcases new technologies and has sacrificed many personal freedoms for increased security and a more comfortable way of life.

Citizens are prohibited from travelling to the outlands beyond the city which are purposely returned to nature in a bid to restore a more balanced eco-environment.

There are many that still live outside in small self-sufficient non-technological communities. The city employs a military force of rangers to find them and eradicate them. This story starts when one such outlander is captured and processed within New Denver.

Subtle philosophical and spiritual undertones run through this story brought to the forefront by the dichotomy of the two very different societies.

The citadel has successive levels of elite very much correlating to the levels of intelligence purchased by parents and genetically manipulated in the embryos of their children. At the highest extremes lies an artificially sentient intelligence which is emerging from the super computer which manages New Denver's surveillance. There are other hidden players, more ancient, who have a controlling interest in these super-citadels.

In this technotronic and cashless society, everything is automated and surveillance and successive levels of authority watch over and manage everything and everybody. A leisure-based society embraces all kinds of hedonism. Virtual reality, sexual recreation, gambling and designer drugs which only affect the physical senses are encouraged. The study of politics, history, geography, and religion are not. There is a separation between sex and procreation brought about by In-Vitro-Fertilisation and artificial wombs which guarantee a disease free population but have made sex purely a recreational pastime.