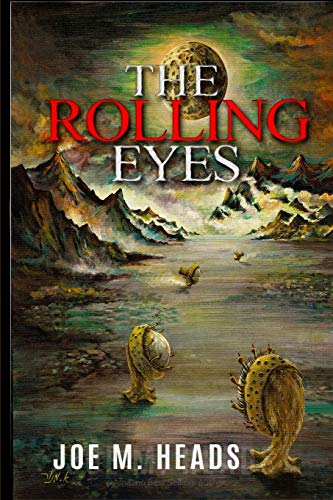 about this book: I always loved science fiction books and movies, but I did not like all of the movies in the genre. At first they created the movies based on ideas of a different reality we are not familiar with, such as the scientific imagination in the books of Jules Verne: From the Earth to the Moon or Twenty Thousand Leagues Under the Sea. He wrote it a hundred years before scientists ever thought of traveling to the moon or of submarines. However, with time the movies became similar to the content of the western movies: Instead of the cowboys riding horses, they were flying spaceships. Instead of using guns, they killed with laser beams.

In the science fiction story I wrote, I chose situations which do not exist in science yet. In the book The rolling eyes I invented the planet Crimson where the scenery, the colors and Soil sediment composition are completely different from earth. There is nothing similar to the dominant creature, not only in shape but in its intelligent qualities, its miraculous strength and its favor towards us humans, saving us from trouble.

The abundance of the exotic sights of the planet and the odd creatures in it seems suitable for an amazingly beautiful movie, which will be a challenge to its producer, who will have to maneuver the complicated combination of imaginary animation, with filming human actors. I look forward the day the book becomes a movie.