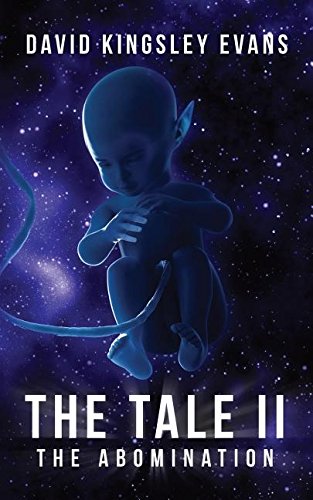 about this book: Can an alien child be an abomination? Or alternatively, is the child a prophesied saviour known throughout the Galaxy as the Mahdi? A fleet of starships under the command of a race of vampiric aliens are on course for Earth. These cannibalistic soul sucking vampires see our world as little more than a feeding ground. Then just when things can't get any worse… they do! A cosmic anomaly causes the creation of a colossal wormhole that releases a hitherto dormant deadly micro-organism. This lethal extraterrestrial plague spreads rapidly across the Galaxy. With no cure in sight, millions die; ancient species throughout the Galaxy suddenly face extinction. Then without fully understanding the consequences Protectorate scientists are forced to break cosmic law and use stolen alien technology to travel back in time. . Then when all seems lost the divine council known as the OcleKrom Сobetot is called into session and a race of gods intervene. This episode is not for the squeamish. Last time they faced war, this time, they face extermination.

THE TALE II - The Abomination (The Tale Trilogy Book 2)

This book is dope, real crazy, like the first one in the trilogy you just can't stop reading it. You never know if in the next paragraph you are going to laugh, cry, or be physically horrified. It's sick but in a good way.

If you love Sci-Fi then you must read this. It offers massive space battles, time travel, wormholes, incurable plague and a race of soul-sucking vampiric monsters that you will love to hate. On top of that there is a Gremble a creature from another nonlinear reality, demigods called Ocle and from the first book Andros Silvering an android and a sentient starship with a female personality named Sirella.

I expected this book to be more about the baby they called the abomination and although the story about his growth into a galactic saviour called the Mahdi plays constantly in the background the main plot remains the struggle between the Kree (who we met in the first book) and the Protectorate.

The Star Marshal, the leader of the military has his mind manipulated by a powerful entity and he stages an ill-advised coup in order to destroy the plague and defeat the enemies of the Protectorate. When this fails he commits suicide leaving the Coalition of Worlds vulnerable to attack.

The scientists of Earth use stolen alien technology in a desperate attempt to prevent an invasion but things go radically wrong and the whole planet faces imminent destruction. Meanwhile, the plague released by a completely new massive intergalactic wormhole keeps spreading across the galaxy claiming the lives of entire populations. A link is then discovered between the plague and the demonic race attacking the Earth.

All seems lost until a secret covert meeting in the astral plain between our small group of heroes and the Mahdi starts to change things. That is until the all-powerful Ocle decide things have gone too far and decide to call a meeting of the OcleKrom Сobetot.

If like me you love science fiction get a copy of this book. [by Kieran Thomas]

Video: THE TALE II - The Abomination by David Kingsley Evans