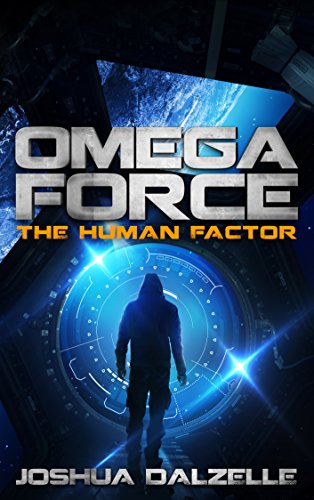 Book: Omega Force - The Human Factor (OF8) by Joshua Dalzelle

about this book: The saga of human mercenary Jason Burke and his crew of misfits continues...

It had been years since Jason had seen another human. He'd resigned himself to the fact that he would live and die without seeing another. He was wrong.

He learns that Earth is again in grave danger, and he may have been directly involved in creating it. Amid teams of killers actively hunting him and his own people distrusting and loathing him Jason has to get to the truth of the matter, and fast, before humanity's once-bright future slips away forever.

When I sat to write book 8 of the Omega Force Series I was still following the overall plot arc that began in book 7, but I also wanted to highlight Jason's humanity juxtaposed with how much he'd been changed and no longer fit in with his own kind. The only way to do that, of course, is to have him interacting with other humans. Despite the anthropomorphic nature of the aliens in this series I felt a true apples to apples comparison would be the best way to show the contrasts. So in this book there are some new characters and a drastic shift in the overall Omega Force universe that has been an often requested change since book 3. There's always a risk when making major changes in a long-running series but I feel the additions provide a new and needed dynamic in this eighth installment. Coming back to his series is always a pleasure for me as the characters are so much fun to write and hopefully no less fun for the reader.