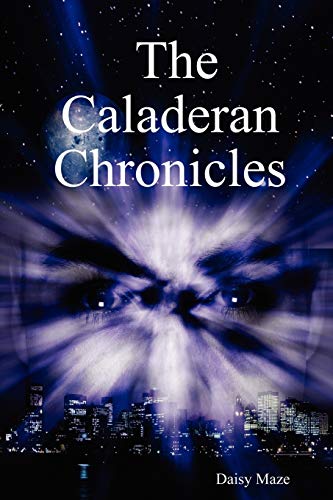 about this book: I wrote this book because I've always enjoyed writing, but it took me several years to write this particular book. I know nothing of science fiction and just made up the developments in the story. I know it sounds coo-coo, but as for the title, during a restless sleep, the title came to me in a dream. I had struggled for a long time about a title for it and suddenly there it was. The book is mostly for older teens and adults and the primary readers has been friends and family. The hardest part of writing this book was making it believable, since I was new to science fiction. I learned that to write a book which people will read, you have to keep improving your writing. I know I have a long way to go. As it's been said, experience is the best teacher. However, I know have written a good book and hope more people will read it. Not just for the money, but because I enjoy writing and seeing people enjoy reading my books.

• Description of book
From the beginning, Caladera was a planet of many mysteries. From the turbulent Yelgo sea to the faraway mountains with their hazardous snow capped peaks, to the searing sands of the red Aldor desert. Days were long and hot during the spring and summer months, but bitterly cold in the winter. Years before, Caladera was a wasteland because of war. Powerful weapons had destroyed the land and was many years before the land regained it's former beauty. Still reminders of the great war was in the austere Aldor desert, with the remains of old battle ships eroding, damaged from many battles between the Caladerans and warriors from the planet Indo. Skeletal remains of fallen warriors lay on the desert floor, still holding their weapons. The warrior, Sandor grew up in this chaos, along with his parents and close companion, a female wolf. After losing his father in one of the many battles, he and wolf became the defenders of the planet. Years passed, soon Sandor along with his wolf passed into history. Taking their place was a young boy, Joel who becomes the Paladin of Caladera. However, Joel soon learns that without great inner strength and courage, he too could fall victim to the planet's evil forces.