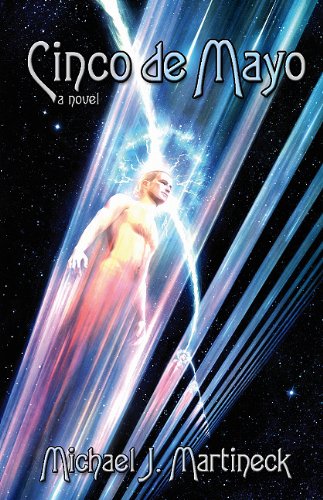 about this book: Short-listed for 2011's Alberta Reader's Choice Award, Cinco de Mayo is not the usual literary award nominee.

On May 5 everyone in the world gets a headache. It passes quickly, leaving people with another's memories. Six billion people suddenly recall two first kisses, two names, addresses, entire lives. The exchange has been mutual. You have someone else's memories, and they have yours.

Cinco de Mayo braids five central stories. A transit worker from Chicago pairs with the leader of the Aryan Brotherhood, learning more than enough secrets to get himself killed. A neurologist on the President's task force investigating the phenomenon shares memories with a mystic in Guatemala. The memories confuse her just when she needs to be at her best. A battered wife in Mississippi swaps with a Swiss air marshal, gaining the perspective and confidence she needs to make a change. A young man in the United Arab Emirates pairs with an 8-year-old carpet slave in India. He sets out on a rescue mission that risks his soft, privileged life. In New York City, an advertising executive receives all the memories of a blind railway worker living in China, transforming the way he sees the world.

Jumping from story to story, the novel explores the nature of memory, the interconnectivity of the world and intimacy.

And that's my book. I live on an island in up-state New York, with my wife and daughter and son. I've written lots of little things, like ads and articles, comic books (for DC), short stories, as well as a few big things, like my novel for middle readers, The Misspellers, which while not actually being large in terms of girth, weight or number sold, was a huge amount of fun.