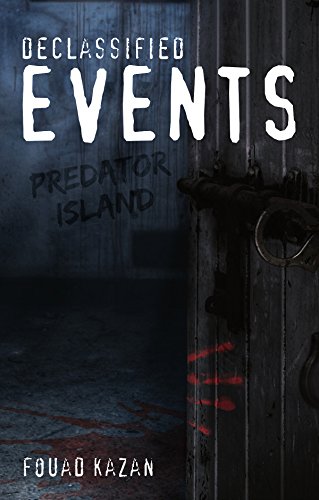 about this book: A harrowing science fiction thriller, Declassified Events reveals a shocking incident in the world of advanced weapons research and development—a dark, furtive world that exists beyond our carefree lives. It discloses ghastly events that occur to a survivor of Predator Island, home to a classified research facility filled with horrifying secrets. There are no superheroes and no evil spirits…just a bit of genetic engineering.

Chris Hopkins, a hardened inmate, thinks he's being transferred to another prison. Little does he know, however, that he's actually being transported to Predator Island to become a human guinea pig for Project Hybrid.

All hell breaks loose when the project's monstrous humanoids are released from their cells, and Chris finds himself in a grisly battle for survival against the relentlessly fast, strong, and cunning predators designed by the military to crush all enemies. But amid the ensuing chaos, he discovers that if the genetically altered creatures don't catch him, the other shadowy force that's determined to capture and use him for devious purposes just might…

Although Chris is a ruthless criminal imprisoned for murder, he's still capable of redemption—if he can escape the gruesome bloodbath on Predator Island..