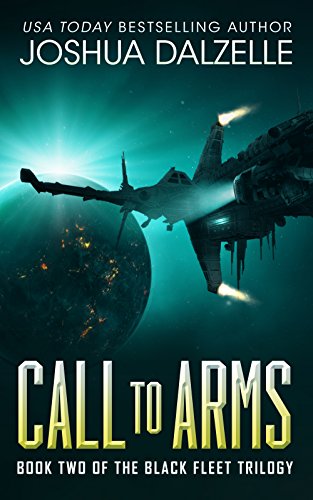 Now he must try to convince the recalcitrant politicians of the Senate that the threat is real, and imminent. As he races against the clock to provide an adequate defense for the frontier worlds powerful factions work behind the scenes to undermine his efforts. As the the first major battle of the war looms Jackson has grave doubts about humanity's willingness to save itself from total annihilation.

Call to Arms is the second book, the second act, in the Black Fleet Trilogy. As such it was a challenge to write the book in such a way that offered any hope for future without giving away too much of what happens in book three. It's also the first time I've ever used a cliffhanger ending, something I'm not overly fond of personally but couldn't avoid with this particular story.

The Black Fleet books have been a joy to write for a few reasons and not the least of which is the fact their such a change from the Omega Force series. Developing characters and scenarios that are more grim and dangers that are not so conveniently defeated has allowed me to mess with concepts that just wouldn't fit in with the irreverent, whimsical personality of the other series.