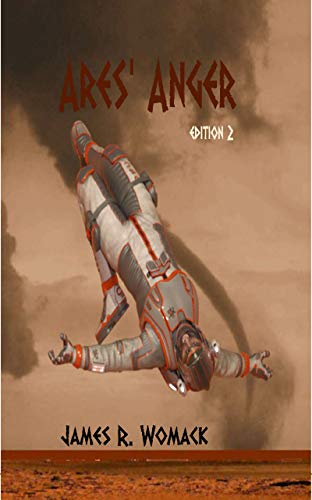 about this book: It was a routine mission outside the confines of the bio-habitat housing the first human colony on Mars. At least it was supposed to be routine. Which is why Dexter Arnold was outside alone despite policy which dictated a mandatory out-time partner. Routine departed when he wrecked his rover buggy. That was the least of his problems as the worse was yet to come. As a matter of fact, the worse was coming both fast and straight at Dexter.

This is a story of Earth's first planetary colony. The crew is a multi-national and multi-cultural collection of of people facing their first crisis. Think of it as their having a bad day that could have been and actually got worse. I got the idea from seeing frequent news reports of so much destructive behavior by people the world over. I began to wonder, what would happen if people were confined to a closed environment. Where cooperation is a life or death matter for everyone. How would it affect their interaction and relationships? I wanted to explore this without being long-winded or preachy about it. So I focused a narrow selection of individuals and pretty much told their stories but built around the task of colonizing a planet and a life threatening crisis.