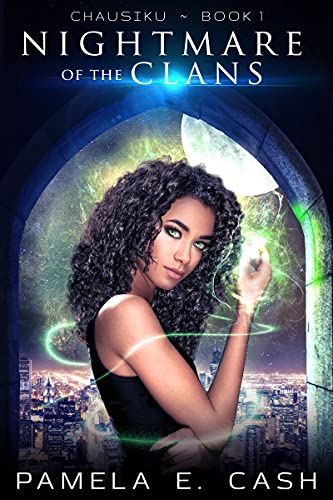 about this book: The Gathering Storm is the first book in the Teen/YA/NA Chausiku science fiction series. This series is filled with diversity as the main characters are from Africa, Europe, Asia, South America, North America and Australia. They are African American, European, Native American, First Nations Canadian, Asian and Latina. But most of all, they have supernatural abilities!

16 year old Chausiku has just found out that there are 6 clans across the world with supernatural powers. The Sakombi clan-Africa, Spencer clan-Europe, Qiao clan-Asia, Natosapi clan-North America, Amaru clan-South America and Gale clan-Australia each have their own unique and deadly powers. Chausiku is a descendant of the Sakombi clan and is prophesied to become the most powerful of all. She is also in danger. John has to teach her to control her powers but he doesn't have much time...because her mother's killer is looking for her.

There are currently 3 books released in the series. Please note that there are some moderate violence scenes that include torture and mild profanity so I don't recommend them for young children or pre-teens.