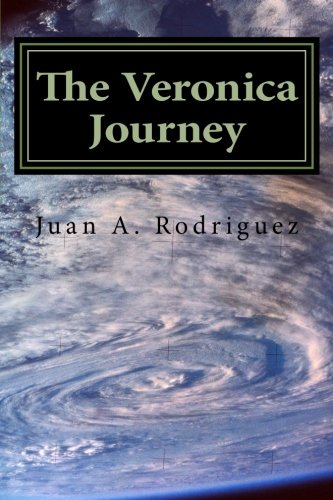 Book Review: The Veronica Journey - Are you the superior being? by Juan A. Rodriguez

about this book: "The Veronica Journey," is a very unique science fiction story intended to be part of a quadrilogy. It's set in the near future almost like another universe.

The story begins with the life of Veronica Woodard, an activist, who is fighting against the evil world leader's plans. He intends to use bio-weapons to destroy and control everything. After America is attacked and destroyed Veronica gets abducted by Sherman, the evil world leader. Not just her but thousands of people do too. She gets separated from her lover Stephen Moody. The story then shifts and is told again from the view point of Reuben, a college student who got involved with the wrong people. Then the story is told again from the view point of Jessica, a rape victim. Then all three worlds collide as they live in the wilderness and fight to survive. With Stephen thinking his lover is dead, he falls in love with Jessica and a huge love triangle emerges for the proceeding book, "The Arcanus Door."

There are a lot of romance complications in the saga but the first one mostly focuses on Stephen, Jessica and Veronica. As the stories progress there are tons of love triangles between many characters and interesting original love complications with the characters. I'm all about epic and complicated love stories like; "West Side Story," "House of Flying Daggers," etc... If it's epic and complicated I love it. So I try to have a lot of it inside my stories.

The Veronica Journey by juan Rodriguez

This book is awesome. I am wondering if they'll make a movie cause I wanna play Shaddrach Abizar he's so cool. I have been dying waiting for the sequel. Does anybody know when The Arcanus Door is coming out?