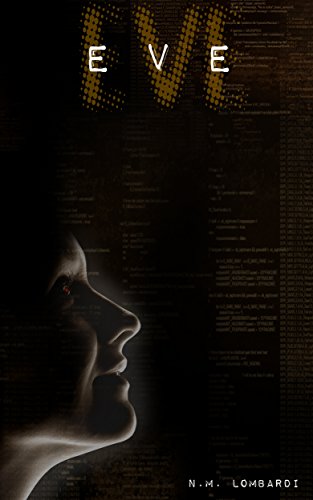 Eve may be the answer.

The Presby's android housekeeper is calm, kind, and devoted to the family in her charge. There's no one more trustworthy to test the forbidden waters of artificial intelligence.

But when Eve encounters one of her own kind, broken and abandoned by the humans she trusts, a new question arises: what will she do with the knowledge, and her newfound freedom?

Eve tackles more than just the question of artificial intelligence and its inevitable danger to mankind, but takes on the AI's perspective of both human and human-machine interactions. Eve's relationship to each of her family members is unique -- Michael as her liberator and unwanted lover, Paige Presby as a friend and confidant in the end stage of Scleroderma, and Ava, the little girl she was meant to raise as her own.

The introduction of a fourth voice, a much darker voice, forces Eve to reevaluate each of the relationships she's already established, and to consider their priority as she seeks to create a new life of her own.

Set in the same universe as Nicole Lombardi's other titles ("Glitch" and "The Golden Hour"), Eve takes place in an otherwise parallel world where artificial intelligence is commonplace. The story opens a window between general fiction and science fiction, allowing even the uninitiated a soft entry to a more technically, if not more socially advanced world.