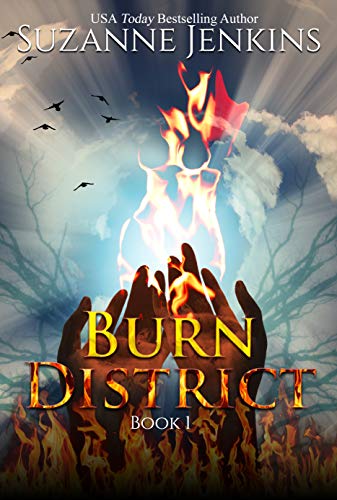 about this book: A few years ago, my husband became obsessed with preparing for a disaster after watching the Doomsday Prepper series. We spent a small fortune on food, fifty-gallon drums he filled with water, a generator, gasoline and other supplies. We had a water well, but lived near Lake Michigan, just in case. Thankfully, he got over the obsession, but not before I started to imagine a life unlike the one we know in the US. I imagined running with my family, literally dodging aircraft dropping bombs, probably similar to the horrors of war in the Middle East now. What if that happened where you live?

My fictional family, Laura and Mike Davis and their children are a standard, two-income suburban family on the east coast. Something that sets them apart is their son Junior, who was born with Downs Syndrome. Junior is an integral part of the cast of characters and as the series progresses, plays an important role in the wellbeing of the family.

A catastrophe propels the family to run for their lives. Fortunately, they have a destination; Laura’s father owns a remote ranch in the Arizona desert. There, with friends and extended family, they will attempt to build a life safe from the ravages of political unrest.
I loved writing this book! The second novel in the series will be released this summer.

Other books by Suzanne Jenkins (more)