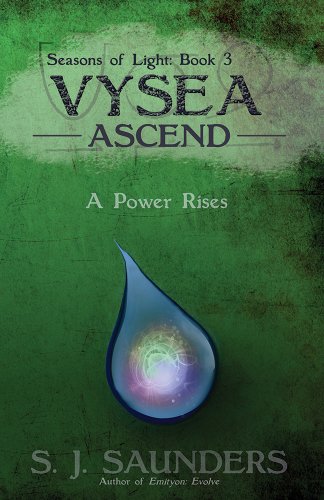 about this book: Well, here it is. The last Seasons of Light book. I don't know that I've ever experienced a stranger feeling than when I typed the very last sentence of this series. Of course there were more drafts and tweaking, but the odd sense of pride and happiness I felt in completing what began as a small blip about a young man being thrown in prison was...I don't know if there's a word for it.

Almost more emotional, however, were the last lines of each of the characters I had grown with over the long writing process. I'm not ashamed to say that a tear or two might have been shed over a certain fool captain's last bit of dialogue.

But, that's it. It's done. There's no more, and I can't express enough gratitude for all those who have helped this dream to become a reality. And, to my readers who may be as reluctant to let go of Atala as I am, there may be a few short stories beyond the main narrative brewing in my mind, some of which may be popping up soon...