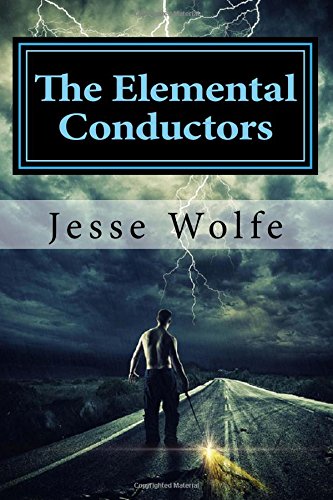 about this book: On its surface The Elemental Conductors is a book about a man named Joshua who survives a near death experience only to wake up with supernatural powers but at its core The Elemental Conductors is a story about how to cope with change while still being who you are as well as valuing the connections you make with people. Now the book does have its fantastical worlds like the electric metropolis of Eos city and awesome superpowers consisting of various different elements but the real stars of the show are the characters and how the interact with each other and the constantly changing situations. It's a thrilling read for teenagers and adults alike who want to escape into a world of powers and subterfuge but it can also be used as a lesson in how to make the most out of an unfortunate situation and become all the better for it because of the people around you. You will be captivated from beginning to end by a story that will both enrich your mind and your heart.

Very entertaining and a great read. Can't wait for the sequel. I can't believe I have never read this before. 10 stars all the way. [by Gerard Irizarry]

Video: The Elemental Conductors: Chapter 1- The Trouble with Thunderstorms Part 1