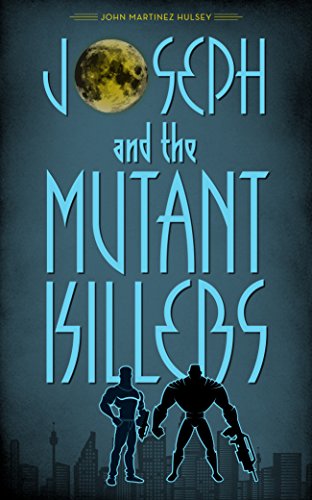 Book: Joseph and the Mutant Killers by John Martinez Hulsey

about this book: JOSEPH AND THE MUTANT KILLERS is something I started 25 years ago. Of course it has gone through different variations in that time, but I think what it has evolved into is something fun and special.

Watching sci-fi/ fantasy movies and anime during the 1980's and 90's was a huge inspiration in the writing process of Mutant Killers. I also remember running home after school and putting the needle on the record of my mom's 2001: A Space Odyssey's soundtrack and thinking of cool sci-fi scenarios and characters.

"After the World War known as Armageddon... the Earth struggles to survive, so the first genetically enhanced humans are born to help search the cosmos for new resources, but soon cloned man and the humans spawn a new species, one that is physically and mentally stronger than either of their creators - the Neosapiens. Not all of these "mutants" seek peace and soon a brutal, bloody war wages across interstellar space. The only ones who can stop them are Joseph and the Mutant Killers."

You can find me on Twitter @JohnnyVeins and at JohnnyVeins.com