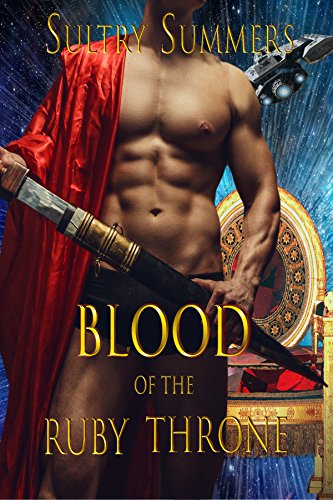 about this book: Zera is heiress to the crystal throne behind her brother, Lord Enos, but revels in her role as a dedicated warrior and has no aspirations of reigning. Space pirates, nomads without a homeworld threaten Seti-Cronus, her planet, and the neighboring Alphxorn. Alone both are at risk of being conquered. Together, they stand a chance to defend against the threat, but relations are strained between them. Lord Sarc of Alphxorn proposes marriage with Zera to unite their worlds. Zera refuses.

Subversively, the pirate leader plans to exploit the dissention between the two and ensnares Enos in an ambush designed to have been set by Sarc. Enos is killed.

Sarc must act. He has plans to secure his both worlds and defeat the pirates but finds more at risk than his rule. His strength and honor are tested and his heart challenged by the fierce warrior woman who now rules Seti-Cronus.

Zera defends her throne with the mysterious sword of her ancestors and facing defeat, finds herself at Sarc's mercy forced to consider the hard choices he presents her. To save her people she must pledge fidelity to the aggressive lord who has conquered Seti-Cronus and her. Can she honor the terms he has pressed her to acquiesce to?

Sarc holds both worlds. But can he win Zera's trust and respect to help him lead their forces to victory? Can he win her heart?

Will the woman in Zera emerge from the armor of a warrior to love Sarc? And will the evidence finally convince Zera that Sarc did not have a hand in her brother's death?

Together can they stop the horde of pirates trying to steal their worlds?