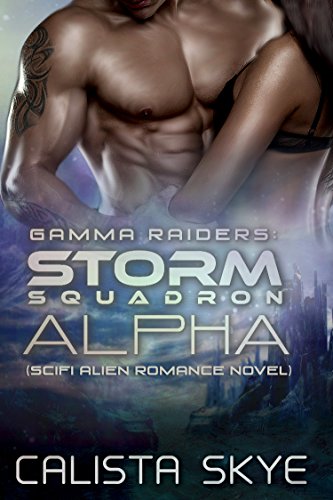 about this book: Ace pilot Kira Thorne knows it's time to take her life seriously. With the galactic rebellion against the Kamaran Empire in full swing, she's ready to step up and prove herself by auditioning for the Elite fighter unit: Storm Squadron, led by the impossibly sexy alien warrior, Commander Ja'al.

Deep down, Kira doesn't think she has what it takes to succeed in the Storm Squadron ... or the be a heroic woman worthy of Commander Ja'al's attention.

But Commander Ja'al sees her potential. And little does Kira know that he wants her just as badly. His role is to train her, not to seduce her. Unless the temptation proves too much for both of them.

When the location of the rebels' base is compromised and the Empire attacks, will Kira learn to trust her instincts and summon her inner strength to lead the Storm Squadron to victory ... or risk her shot at true love, the fate of the Rebellion, and the galaxy itself?