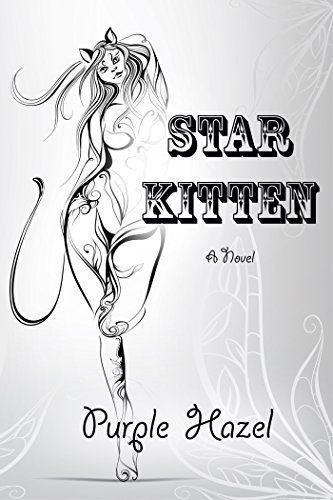 about this book: In Star Kitten, a beautiful young "Pumalar" (cat-like humanoids who walk upright and are otherwise anatomically similar to human beings) is abducted by space pirates during a raid on her galactic space station. Beautiful and desirable, she is delivered back to the pirates' secret lair and given to one of its chieftains as a gift…yet she eventually falls in love with the man and marries him. Together they then lead their people - a hodgepodge of various intelligent alien lifeforms - in a desperate battle to save their home planet from a deadly invasion.

Basically Star Kitten was a concept that King thought up based on a cartoon he once read about a planetary penitentiary where captured females were sold to the planet to be used as a reward or incentive to its laboring inmates who toil below the surface in its mines. But what we imagined was something far more involved that uses the imagery of six intelligent life forms and all their foibles and shortcomings; along with their strengths and abilities, combining their efforts to finally achieve their freedom. Yet the ultimate cost of this achievement is an outright moral tragedy.

It becomes a terrible cost to pay too as the planet is eventually beset by vengeful invaders bent on destroying all life there. Thus begins a life-and-death struggle to fend off this overwhelming threat from a far more militarily advanced and yet greedily corrupted enemy, leading the reader on an exciting journey through the planet core with the main characters searching for each other amidst the devastation.

In Star Kitten we wanted to tell a Science Fiction tale with a romantic angle which still focused on "hard science", or realistic scientific concepts. Star Kitten required a lot of research to make sure the technical and technological details of the book were totally accurate and utilized modern scientific theories. All we truly lacked was the plausible means for intergalactic travel; and that is a matter for great debate anyway.

We know for example that faster-than-light-speed travel goes against the Theory of Relativity, however there is hope for Sci-Fi nerds everywhere: A team at NASA may have unintentionally accelerated particles to faster-than-light speeds while using the "EmDrive" resonance chamber. And in the process it's entirely possible that NASA has actually created…a "warp bubble". Give it a century or two and we'll see where this ultimately leads!

Purple Hazel is…King and Caroline from Denver Colorado, a husband and wife writing team that has produced three full length novels and has a fourth one on the way in June 2016. We mostly write Adventure Romance and Women's Erotica; or Science Fiction with some form of romantic angle. Some of it is racy, we have to admit. We can't help it really. We just fell in love and it all came naturally, writing about liberated sexuality, true love, and lifetime devotion. Please check out "Star Kitten" and our other books "The Wild Fields" and "Morgana's Handmaid"!