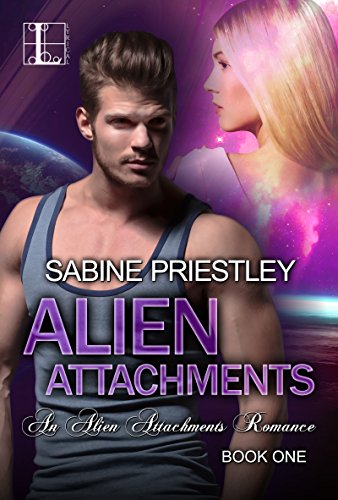 about this book: "A total must read! A brilliantly creative universe . . ." Mark Andreini.

On Tuesday Dani Standich is competing in a mixed marital arts match on Cat Island, the next day she's struggling to process the fact that aliens are not only real, they're here protecting her planet.

Reclusive Sandarian billionaire, Ian Cavacent, runs the Earth protectorate team, as his family has done for hundreds of years. He discovers that Dani, unlike any other human, has psi. Psi is the psychokinetic ability that marks a true Sandarian. When they bond, they are able to communicate telepathically, their emotions melding into one.

She is his perfect mate. Perfect but forbidden.

When hostile aliens attack, Dani and Ian must work together to escape Earth, but in doing so cement their psi bond. As Dani learns how to use the powers she never knew she had, she's abducted by Ian's enemies.

Alien Attachments is the action packed adventure of two psi-mates and their forbidden bond.