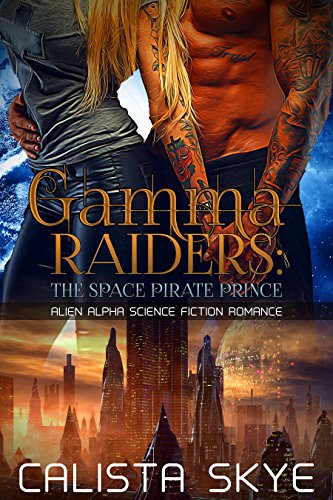 about this book: Lana Riley has had it rough ever since the Kamaran Empire seized control of her homeworld. Despite being the best cargo pilot on the planet, she's barely able to support herself and care for her ill younger brother.

When her ship is boarded by the notorious Gamma Raiders, the most feared band of space pirates in the galaxy, Lana sees an opportunity: If she joins the crew, she'll be able to afford her younger brother's treatment.

The leader of the pirate crew, Adaar, is the last man she should trust. Not only is he a pirate, he's been keeping secrets. But Lana can't fight her growing attraction to him, and she senses that the pirate is more than what he seems.

When Lana learns that he has been keeping his true identity a secret, will it destroy everything they've built? Or will they come through stronger than ever, affecting the destiny of the entire galaxy?

Gamma Raiders is a science fiction romance, adventure, filled with heart and humor. It's a full-length novel with a HEA and no cliff-hangers.