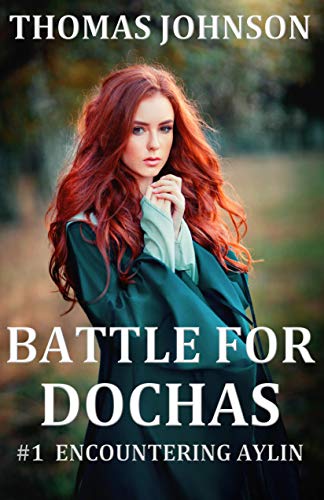 Book: Battle for Dochas - The Awakening by T.P. Johnson

about this book: I have always loved Science Fiction & Fantasy stories. For me, books written by Tolkien, Asimov, Bradbury, Clarke, and Silverberg are the most inspiring in those genres.

My new series, Battle for Dochas, takes place in a massive and majestic land, Continentem Praespero. The realm has suffered a horrific attack resulting in the death of half its population. In response, King and Queen Azarael send their only son, Lord Gabriel, to a well-hidden location in the impressive Custelle Range resting near the western shores of the continentem.

As Gabriel's ship, the regal Royal-One, sails across tumultuous seas, the vessel is attacked by their oppressors, the Bellorans from Continentem Bellor. As the vessel plunges, he leaps into the churning waters and drifts to the southwestern shores of the continentum. He wanders, alone, through vacant farmlands until he encounters Aylin, a brass citizen from Imperium Bénézet. She joins him as he treks across the land while gathering people for his mission to restore the land.

Can Lord Gabriel lead his forces to victory before the enemy can bring further carnage?