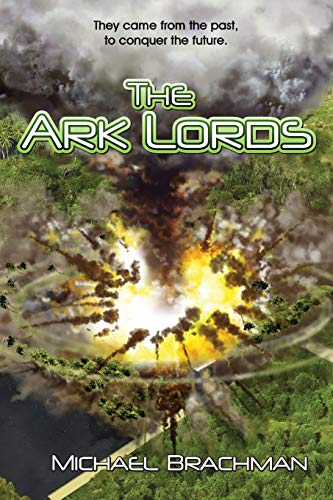 The Ark Lords follows the adventures of Rei and Rome two years after Rome's Revolution. Rome has tried to settle into the role of 35th century Vuduri homemaker. She and her husband Rei, one of the Essessoni who came from the 21st century, have finally settled into their new life in exile on the under-developed world of Deucado. Now Rome spends her days chasing after her two-year-old son, Aason, keeping house, and teaching English and Vuduri to the few individuals who wish to learn.

Despite the fact that they barely survived so many perils, Rome yearns for something more challenging than simple domestic bliss. She begins a quest for knowledge and in so doing, she accidentally stumbles across a horrifying 1400-year-old secret; a secret so deadly, it threatens not only her family, but every man, woman and child alive throughout the galaxy.

In this fast-moving sequel to the novel Rome's Revolution, Rei, Rome and MINIMCOM, the starship that was once a computer, embark on a desperate race through three star systems. Along the way, heroes fall and new friends are found. At stake is nothing less than the fate of all of mankind.

Other books by Michael Brachman