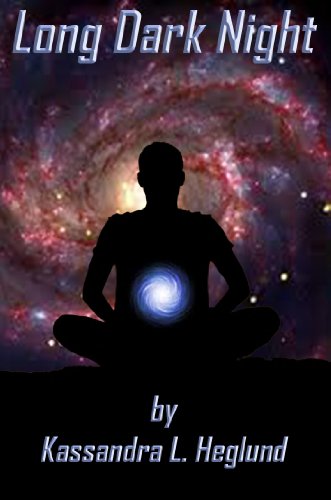 about this book: Long Dark Night chronicles the life of a single little boy whose world is destroyed when he is only five. He is "taken in" and "raised" by a power he cannot even fathom at that age. Unfortunately, they are not as benevolent as first presented, and he finds himself learning Lessons that no child should have to learn. This power is followed by another to whom the first abandons him at seventeen. This new power is beyond sadistic, and he is forced to perform acts which break his heart and wound his spirit. But all is not lost. There is, it seems, one kind creature in his multiverse, and she takes him away from all of the pain and torment, to freedom.

This is the first of a Science Fiction series. It took me well over two years to complete it, but now it is out into the light, and I am working on its sequel! The title was, in a way, self-creating as he was held in Darkness for much of his life to this point.

The cover was actually the idea of a friend of mine, BJ. I put it together, but the concept was BJ's. The black hole represents the abyss of torment and guilt that he was being driven into. The silhouette is representative of the Darkness they forced him to wear about himself like a cloak. And the glowing sphere is the core of the man that refused to be drained of its light and beauty.