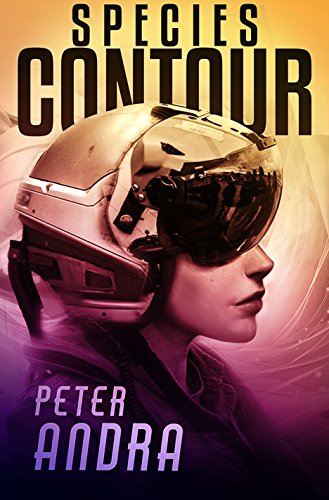 about this book: (Species Contour) takes place in a far off, and unlikely future, where humans have, through their new and powerful evolutionary achieved strength and violent nature, have established themselves as the most feared and hated species in the galaxy.

I hope you will check out and enjoy this adventure fallowing unlikely heroes as they travel alien worlds and face of against fierce beast and dubious odds. Species Contour is my first novel

In a wonderful galaxy, rich in planets and life, humans have found a new home. Still, they are not welcome but tolerated only because not one of the other five advanced species in the galaxy wields such strength and power that is the humans by birthright as evolution has given the future to the human race and they are violent and merciless with their inheritance.

Yet even humans tire of war, and so have allowed the galaxy to enjoy a time of peace. But the ambitious are quick to cast peace aside and General Hexera has as much as done so when she wakes her armies from a fifty-eight year slumber endured in hibernation pods.

The General will need all her strength and the malice of her cunning, for the species she hopes to conquer is the most dangerous of foe, her own kind. Her path to conquest is promised in blood and fire, that is until the small crew of the Missing Madam intrudes on her cruel design. . .Not on purpose of course.