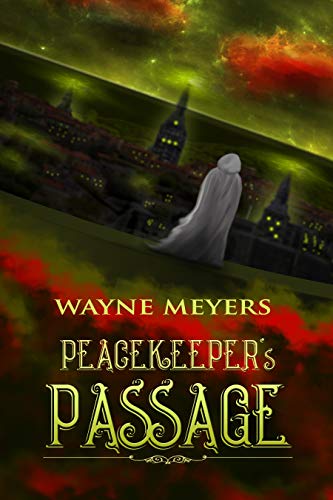 about this book: Peacekeeper's Passage is a coming of age story about a country boy named Hofen who unexpectedly finds himself a peacekeeper apprentice in the city of Solace. Hofen faces many new challenges that he must overcome to survive his new surroundings, from dealing with bullies both inside and out of his guild, to a simmering plot of rebellion that threatens the entire land.

The planet is called Bellisprodus, which contains thirty-two cities surrounded by the Great Wall. The Founders who settled Bellisprodus provided a very specific, detailed set of rules called the Scriptures, and the primary purpose of the peacekeeper's guild is to uphold and enforce those Scriptures. This guild-based society contains a mixture of old fashioned and sophisticated technology the Founders deemed appropriate for their new home.

Peacekeepers master the secret arts of fighting, which enables them to maintain order in a land where the most fearful weapon is a crossbow.

Book One of a planned series, Peacekeeper's Passage takes Hofen from a young, naive boy toward manhood in a tightly-wound world tottering on the edge of chaos.

Started over twenty-four years ago, I'm proud to finally release the first book in this series that promises a unique satisfying read for both young adults and adults alike.