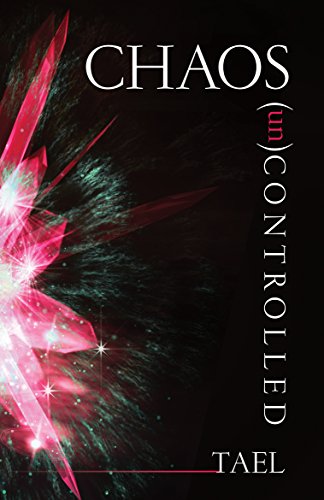 about this book: Chaos (un)Controlled blends YA, Contemporary Science Fantasy, RPG gaming, and philosophical elements. I had the hardest time "boxing my genre" because I didn't write it with a specific genre in mind other than YA. It's a story of a Black female protagonist, Rixa, who suffers under what she calls "reverse persecution" in her mother's home because she's forced to go to church, and she struggles with the inner rebellion against it in her heart. She discovers a library-in-the-sky world called University Heights that gives her relief, where she's introduced to a simulated battle system called Elemana. She's assigned two Guides to aid her journey to elemental mastery: Azurre, responsible, by-the-book, and always concerned with impression, and Charon, aloof, prideful and considered the Black Sheep by the rest of University Heights. But the more she learns about harnessing elemental power, the more she learns about an undercurrent of prejudice in University Heights that affects her Guides' behavior and the more knowledge she gathers, the more dangerous her situation becomes.

One of the biggest themes I wanted to explore in Chaos (un)Controlled is that there's no good and evil in this book, simply different views and different driving motivations. I also don't consider it hardcore science fiction or fantasy; it's right in the middle of the spectrum. But most who have read it seem to think it's Sci-Fi even though that wasn't my intention at all! It's meant to be more thought-provoking, with reasons behind why the characters behave the way they do. I had no idea how it would turn out, but the story kind of created itself on its own and I followed suit and thoroughly loved the outcome.

The origin behind the title is a main theme throughout the book. Rixa generally hides her emotions from her mother and lets the anger over forced religion build inside. This control is great for harnessing and handling EP, but sometimes that rage inside of her boils over into chaos and she loses it. In order for her to properly wield EP like a master, she needs to find a balance between that chaos and control. It was also the somewhat-of-a-catch-phrase in Sonic Adventure. :P Character development is usually a driving force in RPGs because they're so lengthy, so that's what I tried to focus on the most; I want the reader to become attached to the characters and invested in what happens to them.