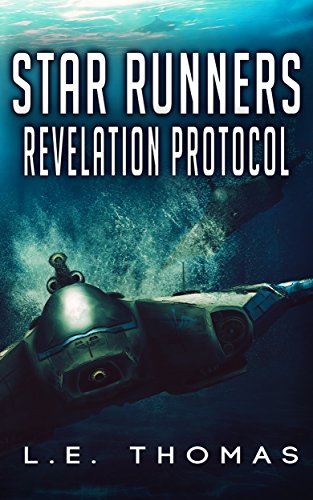 about this book: I started writing Star Runners: Revelation Protocol during the editing process of the first Star Runners book. I already had a general idea of how I wanted the story of Austin Stone to progress during three books, so I went for it and started banging out the first draft. I wanted this book to have a relentless pace, taking a different approach to storytelling than the first book.

Star Runners: Revelation Protocol had Austin returning home after his adventures, but his homecoming was anything but relaxing. The title of the book came directly from the story, and is a main focal point for the duration of the second novel.

The story also split the point-of-view between two characters, which was different than the first book. However, that was not the most challenging aspect of the second book. At one point or another in their careers, most writers can attest to a difficult process with technology. My first experience with failing technology was in college while I was using the 3.5 inch disks. If you don't know what this it is, thank you - I now feel old.

Anyway, I had been working on a draft which I will forever believe is the best thing I have ever written. I went to continue working on it and I received the following warning; "Bad disk" or "Disk Error" or something horrid like that. I had lost everything. Revelation Protocol was a similar experience. I had computer problems, lost portions of the text, etc. It was a difficult experience. But people have been very supportive of the story, some saying they liked the book even more than the first!

I want to thank all of those readers who have joined Austin on his adventures. It is my hope you continue to find joy in experiencing his stories. Enjoy Star Runners: Revelation Protocol and I will get back to finishing the next book in the Star Runners series!