about this book: During the forty odd years that I was a professor at the University of Colorado, dozens of visiting scientists would pass my door, see my name, and ask me, "Are you the son of George Gamow?" In almost every case these visitors informed me that had gone into science because they were inspired by my father's books. Besides being a world renowned cosmologist, who developed the Big Bang Theory of the Universe, father wrote a series of books that popularized science, including "Thirty Years That Shook Physics". But, perhaps his most famous books are the Mr. Tompkins series that featured the lovable bank clerk, cGh Tompkins, who learns about science through a series of amazing dreams where he encounters the worlds greatest scientists.

Although the original Mr. Tompkins' books are now out of print, there a slew of new and updated Tompkins books available featuring various additional co-authors. Since I have always been a fan of comic books and films, I decided to adapt Father's original concept into these media, where Tompkins encounters the most famous scientists in history, from Einstein to Darwin.

My passion and goal for this series, "The Adventures of Mr. Tompkins", is like Carroll's "Alice in Wonderland" series, combine both the visually delightful and the intellectually stimulating into a format people of all ages can enjoy for years to come. 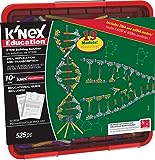 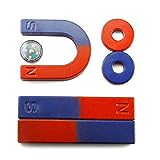