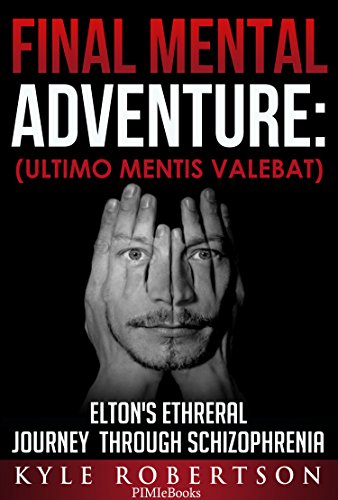 about this book: This a journey into a damaged mind. In this allegory, Jackson Quwelliks is a programmer for a game company that created a genre defining game. He was legendary amongst the gaming community.

One late evening while working in the office alone, he witnessed very strange other-dimensional beings exploring right in fromt of him. The next day he told a co-worker. He was sent to a mental healtk facility, diagnosed with schizophrenia, and immediately fired.

He went for anothr job as a programmer, but his diagnosis haunted his employment every time he attempted.

Eventually, he went to the unemployment offive, and acquired a sweet Latina social worker named Lasmine Shearest. She read his resume, got him employment programming for a bank, and took a risky leap by going out with him.

As he kept with his work, those creaturs, that only he could see, kept lingering around him. should he tell Jasmine or his new co-worers? He was apprehenssive about being fird again from his new job, and moreso, his new relationship with his Honduran princess.

Final Mental Adventure is a fast paced novel about how the damage mind opperates. Who were the creatures? Could he risk telling Jasmine, and who is the darher, deadlier force bent on taking this planet? find out by enjoying Final Mental Adventure (Ultimo MentisValebat) Elton's Etheral Journey Through schizophrenia.