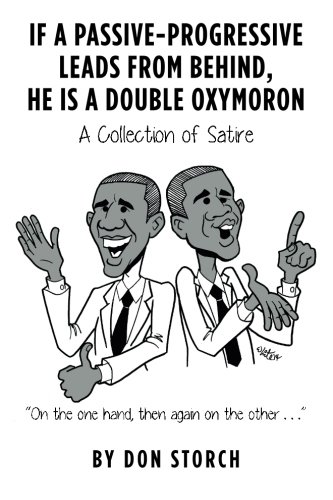 Book: If A Passive-Progressive Leads from Behind, he is A Double Oxymoron - A Collection of Satire by Don Storch

about this book: The book is a collection of satire chronicling six years of President Barack Obama's administration. It is interspersed with columns off the beaten path, but reflecting the times. The book cover and title captures the essence of the writings through an editorial cartoon.

It delivers through humorous satire a plethora of oxymoron rhetoric . . . 'You can keep your doctor and your insurance carrier' . . . but you can't. 'Benghazi demonstrations were all about a film' . . . but it really was about a terrorist attack by Al Qaeda.

This is the legacy of a president that promised a nation, "Hope & Change," but instead served up domestic and foreign policies of mendacity.

The book is for anyone that cares about a nation that is floundering providing the reader the opportunity to personally reflect upon having been the recipient of duplicitous messages and promises rhetorically delivered; but few received the rewards in exchange for their vote.

It is a page turning collection of satirical columns delivered in short humorous bites. 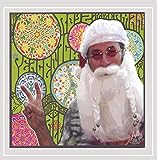 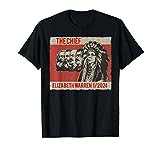 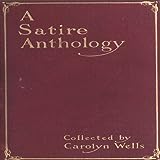