Book: The Reparations of Bill Clinton by J.C. Shannon

about this book: After hearing decades of prime-time comedy at the expense of Conservatives, author JC Shannon decided it was time to turn the tables of satire. Taking readers deep into 'The Teflon Hall of Fame', his new book gives Liberals a literal run for their money.

Chicago, IL – From David Letterman and Stephen Colbert to Tina Fey and John Stewart, there's no end in sight to Prime-Time comedy firing satirical darts in the face of Conservatives. Inspired by the lack of return fire at Liberals, author JC Shannon has taken it upon himself to prove that being blue doesn't make you immune from laughter.

In his new book, 'The Reparations of Bill Clinton', Shannon takes readers to his 'Teflon Hall of Fame' to meet a band of real-life characters worthy of wit.

At the height of the Monica sex scandal, President Bill Clinton is taken to FBI Headquarters for DNA testing. Bill suddenly finds himself at the legendary Lost Monument of Political Purgatory, the place where all political fates are decided. Come along with Bill and Checkers (President Nixon's faithful dog) as they try and navigate the Seven Rooms of Political Pitfalls in The Teflon Hall of Fame. Here they will attempt to salvage Bill's tarnished presidency. Each of the seven rooms has a guide whose heart and soul is representative of their room. These guides will aid Bill in his quest for redemption.

In the 757′s of Liberal Logic, you'll fly with Bill and Nancy Pelosi to San Francisco, to sit in a democratic strategy meeting for the 2012 elections. They'll be joined by Senator Boxer, Mayor Newsom, Ex-Governor Schwarzenegger, and half Chinese, half Indian, Transsexual City Treasurer, Chin Wannabeaver.

On the Cruise of Political Infidelities, you'll yacht with Gary Hart aboard the Monkey Business to Cheater's Cove. There you will attend the "Ode to John Edwards Concert." In tow is the Governors' Sex Raft of Shame.

Take a road trip with Scott Brown & Bill on the Highway of Political Miscues. Scott and Bill will attempt to drive from Boston to Washington D.C., where Scott will be sworn in as the 41st Republican Senator. See how Pelosi & pals attempt to maintain their filibuster power, by blocking their entrance to the capital at the Roosevelt Memorial Bridge.

Our Founding Fathers will use Ben Franklin's time machine to solve the mystery of the disappearing Constitution. They are joined by Beck, Glenn Beck, Fox News Channel 007 (formally) and Dan Rather, CBS News (formally) as the key lacky, in the Maoist Re-Education Room For Misguided Capitalists.

Bill's quest climaxes at the Wizard of Oz'Bama's Emerald Palace, as Bill attempts to mend his broken wrist under Oz'Bama's Healthcare Plan. With 170 colored pages and spoofing any and all political snafus in the last twenty years, being RIGHT has never been so NATTY!!

As the author explains, his decision to write the book was inspired by none other than John Stewart.

"I was watching the Daily Show and felt challenged by Stewart's comment that he only makes fun of Republicans because 'Democrats never do anything funny,'" says Shannon.

He continues, "That's when my light bulb went off; why not combine my addictions to Fox News and Adult Swim to produce an original and unconventional insight into modern American politics?"

Initial reports from readers are over-whelmingly positive, with many seeing the book as a fresh addition to a sector of satire that is often under-represented.

"There's plenty more up my sleeve. The course of history is writing my material for me, so we'll see what the next four years brings; hell, the last four weeks had enough material for a second book!" Shannon concludes.

Do you possess the political and pop culture astuteness, the savvy intellect to grasp the multilayers of cutting sarcasm, witticism, and satire: "The Reparations of Bill Clinton?" Take the quiz and find out!! ( No Googling!!) http://www.thenattyconservative.com/the-reparations-of-bill-clinton-book-quiz/
---

Jake Charles "J.C." Shannon was first inspired to write his book while watching the Daily Show. He was challenged by John Stewart's comment, " Why do I only make fun of Republicans? Democrats never do anything funny." JC combines his addiction to Fox News & Adult Swim to produce one of the most original, fresh, and unconventional insight into American politics today. Besides JC's blog, The Natty Conservative, Jake is a commercial pilot and resides in the Chicago area.

Video: The Reparations of Bill Clinton by J.C. Shannon 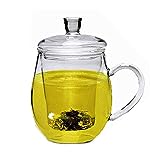