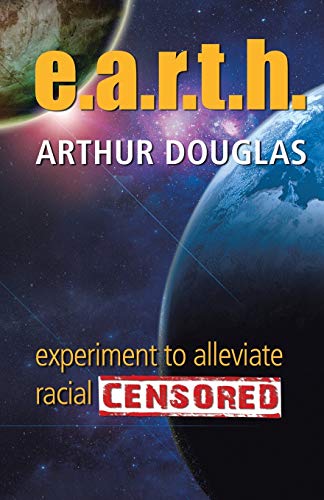 about this book: the board of Intergalactic delegates ... the (b.I.d.) from the planet aGnos ... 'send' quark quasar to planet 1273 to get the latest data on the e.a.r.t.h. experiment ... e.a.r.t.h. stands for experiment to alleviate racial tension & hatred ... it was set up by the Galactic order of delegates ... the (G.o.d.) to evolve an essence of peace ... the G.o.d. ... was the predecessor of the b.I.d. ... in fact ... it was the difficulties arising over the e.a.r.t.h. that caused the demise of the G.o.d. ... quark is the third persona to be sent from aGnos to review the experiment ... unlike his predecessors he is only a projection of his persona ... he is in no real danger ... but he is in constant mental anguish over the way earthlings treat earthlings ... and for the survival of aGnos he needs to find an example of true understanding on e.a.r.t.h. ... but this constantly eludes him ... eventually in a state of near despair ... he thinks he sees what he needs between a blind girl and her guide dog ... in the desperate belief that somehow she could be his example ... he begins to observe she and her dog Mac so closely ... that he falls for ...