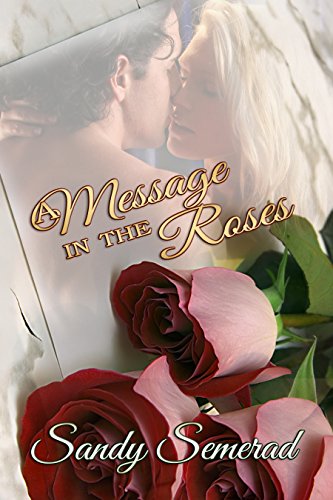 Book: A Message in the Roses by Sandy Semerad

about this book: A Message in the Roses is loosely based on a murder trial I covered as a newspaper reporter in Atlanta in the 1980s, but it's also a steamy love story.

I had been thinking about this writing this book for some time, but I didn't quite know how to begin until I decided on the main character, Carrie Sue Justice. She's a fiesty and passionate protagonist. She catches her husband with another woman inside the antebellum house she inherited from her parents, who died in a plane crash.

"A Message in the Roses is both lovely and exciting, a nail biter to the quick. It brings a delightful combination of journalistic craft and romantic prose that warms the heart and steams up the room." Dave Straub, former CNN anchor, White House reporter / NBC, Presidential Adviser

When Carrie Sue Justice finds her journal, she revisits her past, as a young newspaper reporter in Atlanta. Her life was a mess. She caught her husband with another woman inside the antebellum house she inherited from her parents.

On the rebound, she began a steamy affair with Marcus Handley, a complicated man, plagued with guilt as a result of his traumatic past.

During this wild time, the community was in upheaval over a shooting death. Four black teens had been arrested and indicted. Carrie Sue discovered one of the teens was wrongly accused. And regardless of the consequences, she plans to help him prove his innocence.