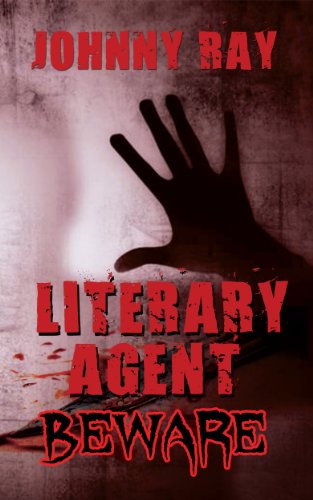 about this book: Just asking, but after sleeping with a literary agent, shouldn't you receive more than a form rejection letter?

It might also have helped to know that this want-to-be writer is bi-polar.

However, she is not the one to be feared most by this agent.

For her anger and zest in destroying his career has created a copycat, a serial killer with a new target--literary agents.

When a serial killer stalks literary agents, and brutally kills them, the world of publishing panics with fear as the FBI hunts for the cold blooded killer, wondering what could cause a person to become such a monster?

To someone else, the rejection letter might be perceived as a simple piece of correspondence. But when Amy, who suffers from bipolar disorder receives a form rejection letter from Edward, an agent she had an affair with at a recent convention, she takes the rejection as both personal and professional--in short--a declaration of war.

Amy quickly embarks on a plan to get revenge by destroying Edward's literary agency, but Amy is soon not the one to be feared the most.

Her actions create a copycat, a serial killer, who targets literary agents and viciously murders them.

Living with the knowledge she has created a monster, a serial killer, is one thing, while doing nothing to stop the madness is another. But how could she track down a killer when she has no training in such? Thinking like a mad man might be the only way--but could she go there and survive herself? When the winds of fate, however, rekindle the romance with Edward, thus making him the next target--she really has no choice but to help the FBI before it is too late.