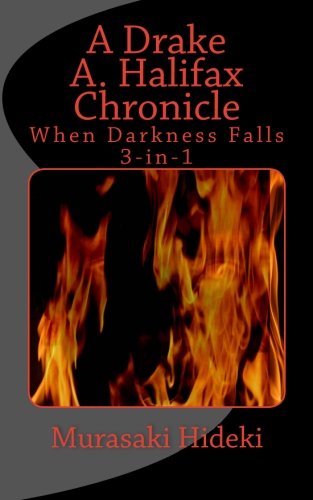 about this book: When Darkness Falls: A Drake A. Halifax Chronicle. It is an approximately 94,000 page Romantic Thriller that hinges largely on trust and what can either tear it apart or build it up. It brings Pre-Revolutionary France and the teachings of John Locke into a marriage of suspense and action. Its target audience is mid teens to young adult.

It all starts on a train, when Drake Halifax reads some controversial literature. A war beckons on the horizon while he is engulfed in a world of revenge, betrayal and hatred. As he seeks to put an end to a tyrannical System, he must confront private ghosts.

This book was largely inspired by the first few episodes of the TV Series Rubicon merged with the writings of John Locke.

Eleanor Whalley writes on behalf of Charlotte Foreman, 'When Darkness Falls is a wonderful tale, exciting and disturbing and heartrbreaking all in one... For the history buffs out there, the world Hideki creates is reminiscent of pre-revolutionary France; King Louis, France and the decadence of men who do not deserve the wealth they have.'