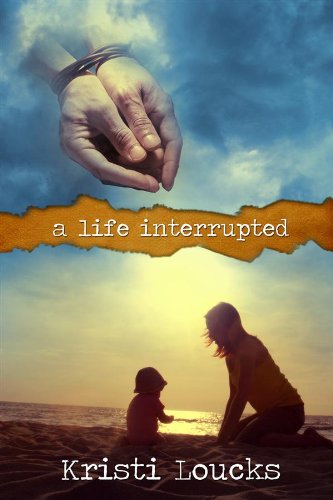 about this book: A Life Interrupted follows Jared Belaforte, and his task force The Great Wilmington Response Team as they pursue Sergei Dolenov. Dolenov is a known trafficker who has moved his business up to their sleepy port in order to stay off the radar. Unfortunately, their pursuit has put Jared as the task force leader in Sergei's cross hairs.

It doesn't take long before Sergei seized the opportunity to remove Jared from the equation as he holds him captive for two years in an effort to get answers to a twenty-year-old secret.

The book picks up as Jared escapes from his captor and turns up in a local ER. His team, comprised of his half brother Dylan Spencer, former detective Alex Kelley, His cousin Jules Deveraux and his girlfriend Shay McElroy get the shock of their lives as they learn of his return. And Jared gets a shock of his own, he has a seventeen-month-old daughter, Sera who is now in the line of fire, too.

Will they be able to re-assemble the pieces of the life that he left behind when he was taken? And more importantly, can they stop Sergei Dolenov before he comes to reclaim Jared or harm the ones he loves most?

The hardest part about writing a book like this would be having to walk in the shoes of someone so broken. It was exhausting to try and hold on to what someone might feel like throughout this process. I did extensive amounts of research on Post Traumatic Stress, various forms of torture and even took some of my own experiences which helped me to really keep Jared's voice true. Of course, my own experiences were more about his specific injuries which, I incurred in a far less menacing fashion such as participating in sports and a car accident.

I chose the title because I felt that in fact their lives had been interrupted. And I had a very clear idea of how I wanted to cover to look early on as well. Maybe even before it was completed. I wanted to show the mother and daughter in what had become their reality and also portray Jared's absence.