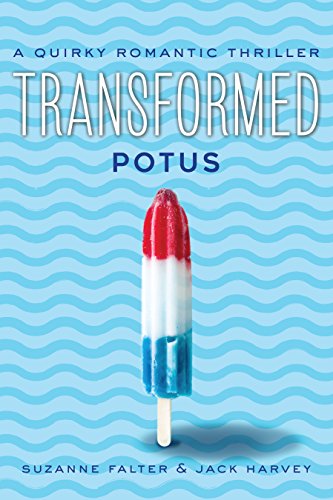 What if the first Post Trump President was a tech-guru turned politician who also happens to be a sex addict? And what if he had trouble hanging on to the nuclear codes while partying in his version of Camp David ... Las Vegas?

The third in the popular indie series, 'Transformed', Transformed: POTUS provides a wry look at the backstage mechanics surrounding an out of control US President.

Charley, a charismatic transman spy, is hired to use his intuitive skills to vet everyone around POTUS while he's in Vegas – particularly the women he likes to chase. But when the President's 'biscuit' of nuclear codes goes missing everything explodes. Then Charley's charismatic ex-lover suddenly appears and becomes a key suspect. Meanwhile, Charley is trying to marry his fiancée on one of her few weekends off from CIA training camp, 2,000 miles away. When POTUS finds out that Charley's fiancée is Electra, the world-famous 'Society Dom', he yanks her out of training so he can have some sessions with her, as well. Does Charley seriously have to surrender his fiancée to POTUS ... just as he struggles to find the infiltrator?