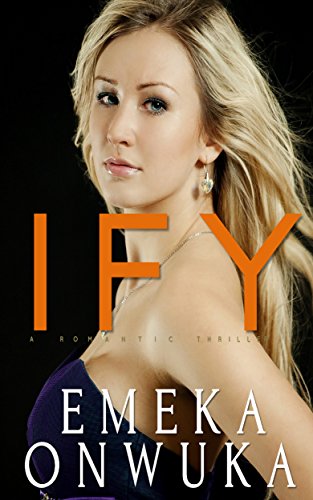 about this book: Vincent is the type of guy most girls would like to be with. He's witty and funny, he's smart, he's playful and lively, spontaneous and very unpredictable—but problem is—he won't just commit to any girl.

He's not ready. He's never ready. In fact, he's never going to be ready. To him, love was nothing but simply a mirage.

Until he meets the pretty young lady, Ify.

Their meeting which was pretty much accidental gave birth to a very promising and passionate romantic life that saw Vincent becoming a changed person because Ify was much ready to show and give him a new reality about this thing called 'love'.

For no obvious reason, their smooth sailing relationship suddenly soured thus opening Ify to untold heartbreaking disappointment and emotional pains she was never prepared for.

But something strange also happened.

Vincent discovered that, quite unlike what he was already so used to in the past when it comes to his use-dump-move on-and then repeat relationship lifestyle with women, their breaking up also left him with so much indelible emotional trauma this time around.

He knew he had to do something about the whole situation.

So in the end, Vincent, so distraught and so torn in between staying fully committed to his true nature of being a player or giving love a chance, does the unimaginable!

In this romantic thriller filled with suspense and exciting twists, one other thing I also purposely though subtly did was to try to provide that answer to that age-long question that most women often ask, most especially when it comes to sustaining a romantic relationship, which is: what exactly do men want, most especially, those men who seem like they just cannot commit?

Again, as someone who always likes to teach with his stories, I have also taken the pains to make sure that anybody who reads this story must surely go home with some very important life lessons that will be so much beneficial to them, not only in their dating and relationships but also in other aspects of their social and everyday lives.

The story is set in Nigeria but then its message is very much universal and I believe any reader will surely find it a very much enjoyable and interesting read.